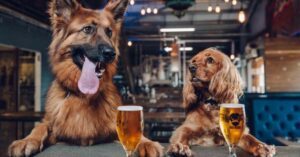 It’s March 2018 and multiple things happen which make me question my relationship with alcohol. I have been a social weekend drinker since I was probably 15 years old.  And you can bet I did not miss many weekends of partying or just enjoying some beers or glasses of wine along the way.

I would have never called myself an alcoholic, as I was fully functioning, but I did nearly burn down my parent’s kitchen once and got myself into some other minor troubles at times. Drinking will do that, but I always enjoyed that feeling of immediate relaxation, joy and relief when that first drink was running down my veins.

But the number of drinks gradually seemed to increase and when I did an actual count for March 2018, I estimated I’d had about 70 drinks. Probably still manageable, but given I was drinking only every 3-4 days, you can calculate that the number of drinks per session … maybe 7-9. That’s almost “Olympic material.”  And with those “Olympic performances” came the blackouts, which seem to increase during those weeks and month beginning 2018.

Nothing much to worry about I thought, but some mornings, I found myself waking up and wondering whether I did something stupid last night, embarrassed myself or said something highly controversial. It started to dig into my soul. As I was also trying to lose weight, I thought why not give alcohol a break for a while?  They say, “When the student is ready the teacher arrives.” In my case several teachers showed up.

First it was Peter, who took me through a life-changing 8 week meditation course.  Peter’s tough German-style-“loving-kindness” pushed me hard at times, but really helped me a lot.  Peter had not had a drink for 8 years.  He asked me, “Why don’t you try to quit at least for the time of the course?”

At the same time, someone very close to my heart was going through a severe health crisis with a significant surgery awaiting. This person had struggled greatly with alcohol and a return to the old drinking habits after the operation would mean a high risk of premature death. A rehab or therapy program was not an option for my loved one, and so I spontaneously proposed we both go off alcohol so I could provide support and be a real companion along the way. Little did I know how tough it would be.

But then another positive thing happened. My good friend Mark introduced me to the wonderful institution of “OYNB – One year no beer”, which helps people reassess and change their relationship with alcohol. I signed up first for the 90-day challenge and later extended to 365 days.

The start of going alcohol free (AF) was tough.  When the weekends came around and I saw my wife Anne ordering her pint of Guinness, I felt a sense of envy and a deep-rooted urge to have one myself. Yes, it was tricky. 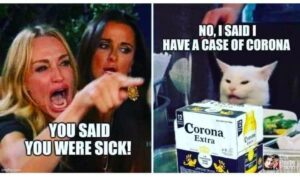 Going alcohol free also meant that the good old drinking sessions with the football mates were probably not appropriate for a while. I missed that socialization, the interactions and the camaraderie a lot. But I kept on the path and tried to focus on a few close friendships with folks who would also be there despite my “straying off the path.”

They say alcohol is the only drug you have to apologise for not consuming, and in some social settings, it certainly felt that way. But to be honest, in hindsight, it was probably more my own perception, that pressure to drink actually existed, rather than people really forcing me to drink.

You would assume giving up drinking would have to be good for both body and soul. But a few months down the road, I started to question everything. If you would have told me that I would have not had a drink … or a hangover … in 6 months, I would have thought I would be skipping down the road every morning full of energy, joy and happiness. But that was not the case.

In fact, the very opposite was true.  Life at times felt even more problematic than when I was drinking. Only later would I learn that this is the natural flow of things. There are ups and downs. In the past, I had numbed the downs and revelled in the artificially induced highs, black outs notwithstanding.

Now, there was no more numbing, and it took me probably a year and a half to realize that coping with feeling down, tired or frustrated is also possible without that immediate relief of a drink. After that time, I realised, that it’s not only possible, but actually quite liberating to not have to have that drink.

When now soberly observing other people drink, I also realised that for many drinking is not a problem as they sip deliciously for hours on 1-2 drinks. I realised I personally can’t do that. My speed was different, and in many occasions there was no limit, which made me push the needle too far at times.

In hindsight, going alcohol free I think has made me live my life in a more honest way and I surprisingly feel freer. I also sense, it has made me a better coach, as I am showing up more congruent and present, based on which my coaching income has almost doubled over the last 2 years. Stopping alcohol has also given me more calmness, focus, and a growing level of self-confidence.

Oh, and here’s the rest of the story.  The person close to my heart came through the surgery extremely well and two years later has also beaten alcohol!

For me it hasn’t been a one-way street. Stopping drinking has taken some things out of my life that I honestly truly miss, but it has also put in so many more new and wonderful things that I’m extremely grateful for. 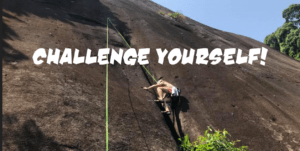 I share this article not because I think YOU should change your life, but because I wanted to tell my personal story and learnings.

However … if you sense there is something in your life that’s having a significant negative impact on your happiness and contentment, why not consider taking a break from it?  There are lots of supporting resources out there and the benefits are just too great to not give it a try.